Today's subject, an older JVC DVD player (cca. 2005), which started turning on on its own. Further inspection reveals that some buttons are intermittent (need to be pressed more or don't work). And the display itself developed glitches - extra segments lit. 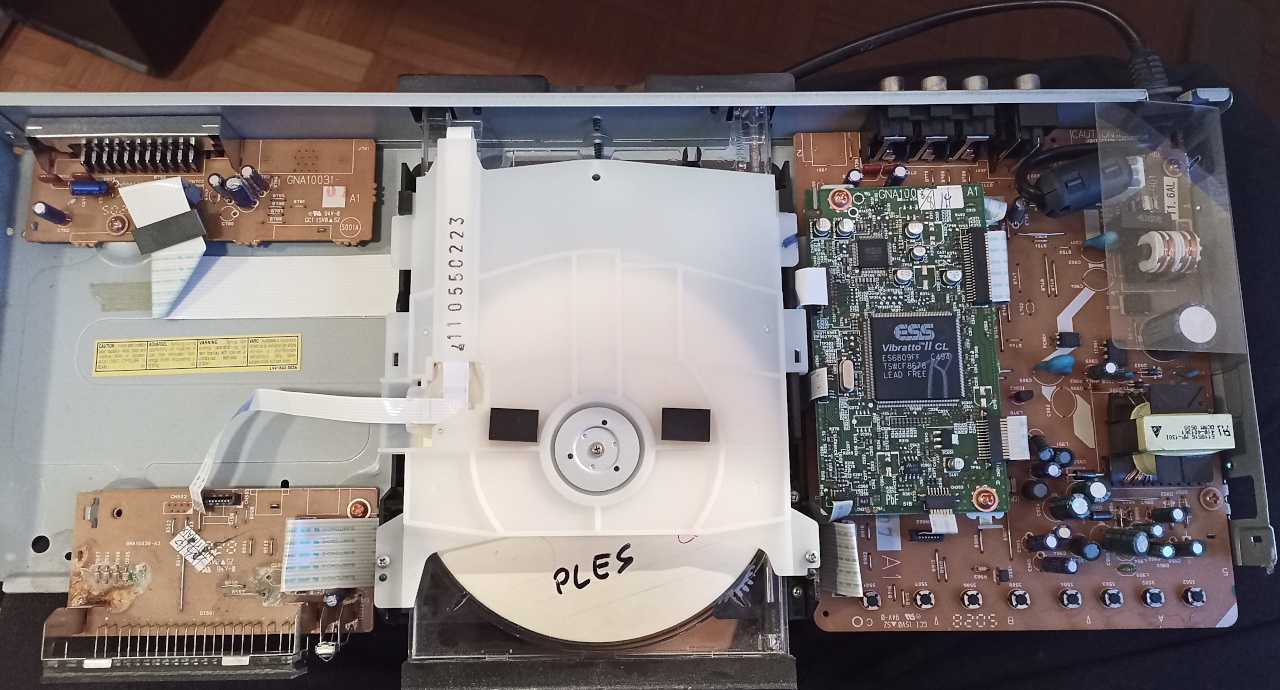 Taking the cover off erveals a mostly empty inside...
The brains of the operation is clearly a more complex board, reusable in multiple products. Besides the optical drive there are 3 single-layer PCBs

Simple enough construction, but fascinating that flat cables were used so much.

After taking off the main brain PCB (How else are you gonna see what's on it :p ), the culprit was obvious. The VFD board had signs of corosion. Cause - right above it is a joint between the metal and plastic housing, and somebody watered the plants a bit to much one too many times. 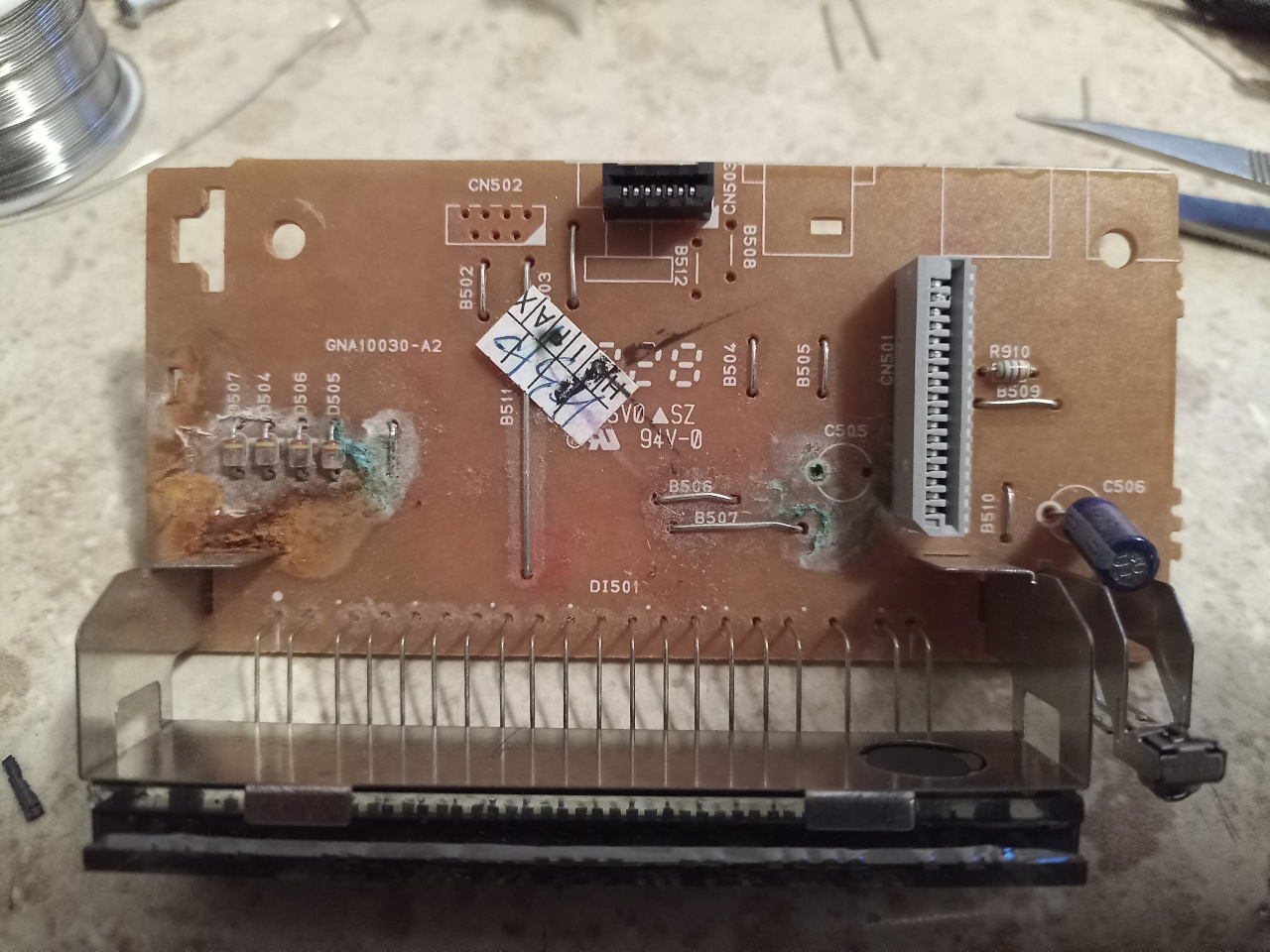 Luckily there was minimal corrosion on the bottom (just on the display mount). Most of the damage was on the top, which was cleaned using some alcohol. 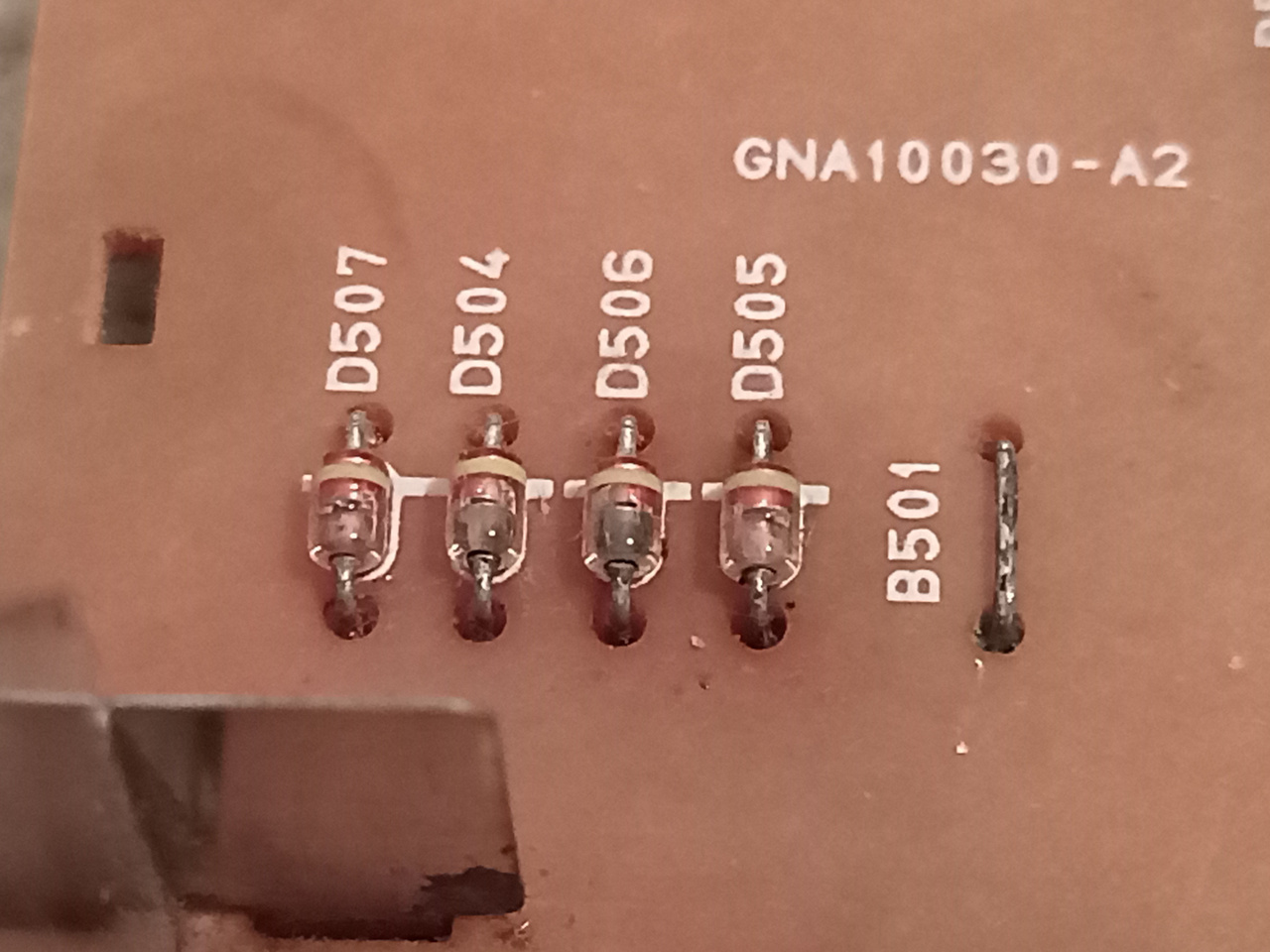 Those diodes look kinda suspicious. You can see on the the middle ones that corrosion is starting to seep into them. Those will need to be changed. 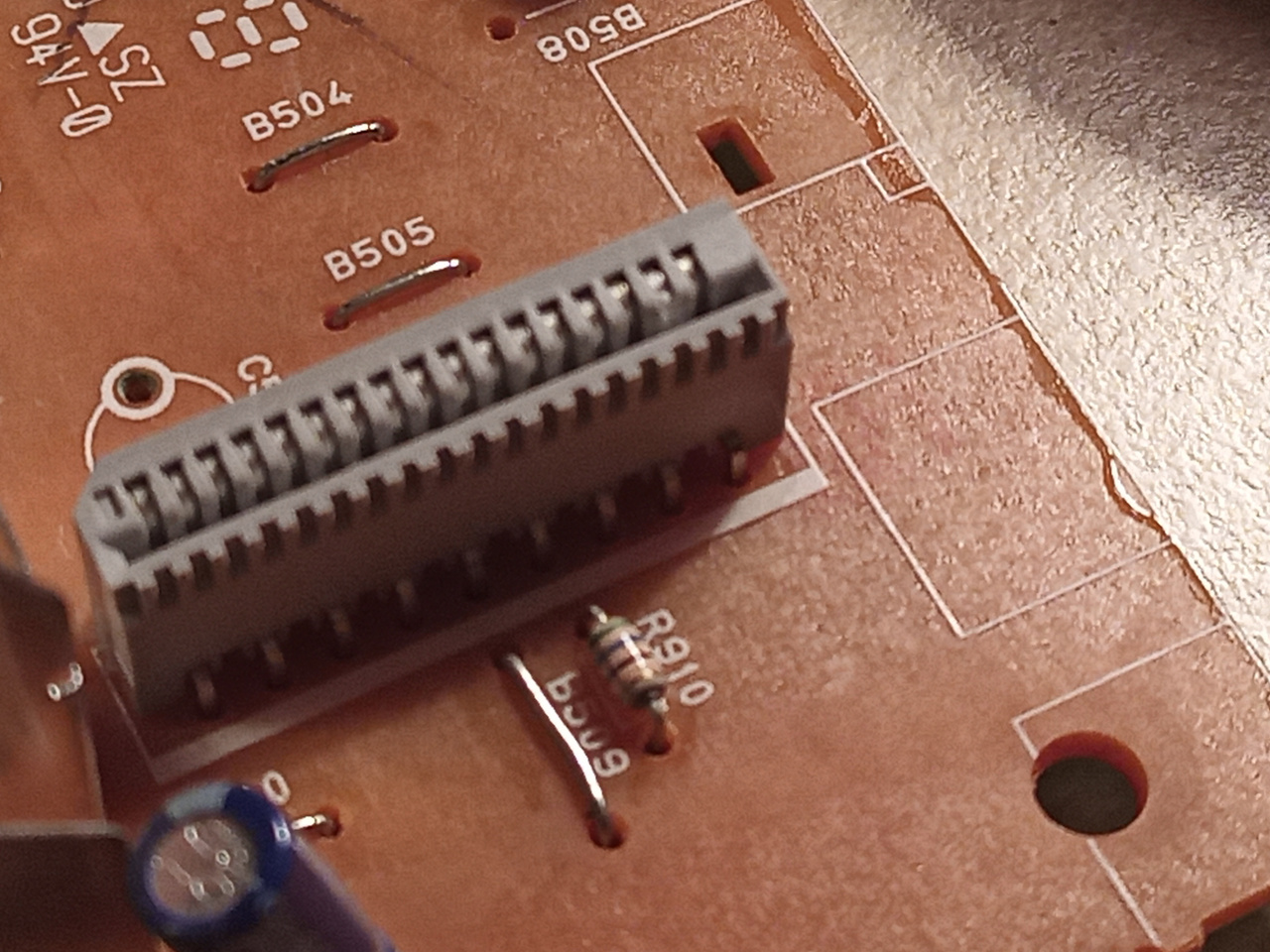 But that flat cable connector has some corrosion as well. And just on one pin (second from the right). Hm..., whatever could it be. 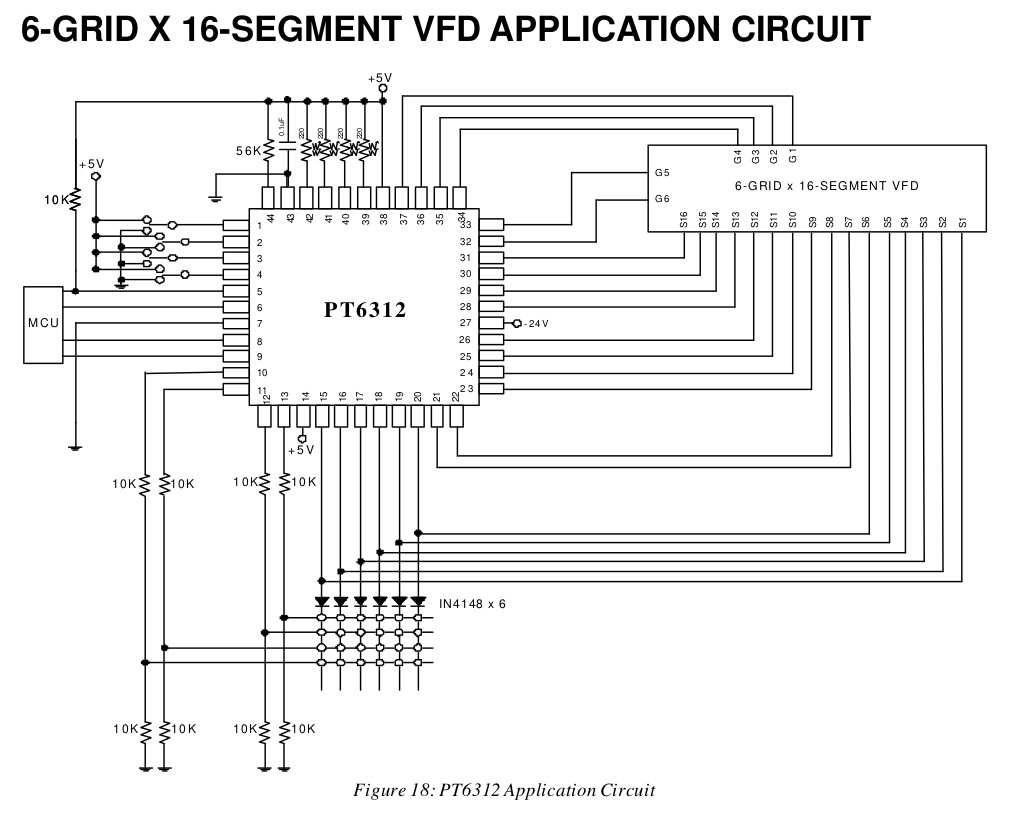 Turns out the VFD driver is something like a PT6312 (forgot to take a picture & PN). SPI data goes in&out, lights go on.
The neat thing is that on the same lines that are used to drive the VFD, one can multiplex a key matrix.

But aren't the keys on the other side?

Yes. And because this board is used as a GPIO extender, there is a whole flat cable + 2 connectors dedicated to bringing 8 buttons from the right side to the left side in a parallel/matrix form (2x4), and back in serial.

With the corosion cleaned, the diodes were replaced with 1N4148 general purpse diodes, as per datasheet. The old ones still measured good, but didn't look trustworthy.

Upon reassembly and test, it turned out that 2 buttons didn't work.
Remember that corroded pin? Yeah, that's the pin for those two buttons...

Maybe the pin got damaged during cleaning or something, but the signal didn't pass through the cable. A bodge wire later the unit is operational.

Test things before you put them back together ><